Thankfuly, the engineering building has now been torn down and has been developed into many houses. Finally this area can be used for something useful.

I arranged a time for an interview with SGL Carbon in Alcester with Graham Stewart (Finance Director) and Paul (Managing Director).

I was very nieve and trusting, even at this stage of my career, and a poor negotiator. I was interested in the job as it would further my skills and experience with Microsoft systems and I would be my own manager.

I mention the nieve part becuase when we discussed salary, I told them I could not take any less that I was currently earning (21.5k) and that was exactly what I got. Also, I had issues when looking for a used company car – although I did not know at the time, Graham was already showing signs of what a horrible boss he would become.

Once again, my choice of car was a Renault Laguna.

Instead of this being delivered to my home like the previos car, Graham had arranged for the car to be delivered to the business address late on a Friday so he could use the car himself over the weekend, and it was there for me on the Monday morning.

I had to get a lift to work in from a friend as SGL did not offer any help in getting me to work without my own car. Again, a sign of what was to come from the likes of Graham and Paul. 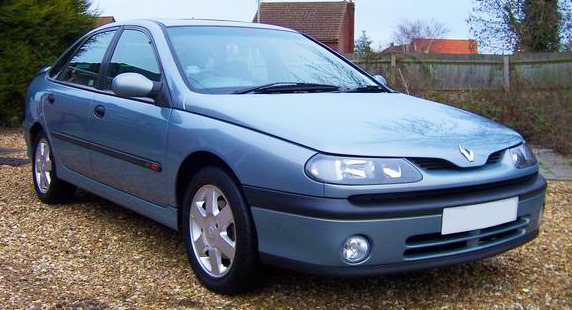 On the work front, and for many months I felt happy working at SGL. I had a lot of meetings with Graham as he was my immediate boss about what was needed and how we were going to acomplish our business goals.

I learnt alot about being a manager (of myself), and increased my skills and experience with Microsoft solutions such as NT Server & Workstation, Windows 95, 98SE and Microsoft Exchange.

By this time in my career, I was starting to struggle with trying to do things with these emense systems without any kind of training to fall back on. I felt I needed to at least know what the system could do in order to decide on how to implement it.

I spoke to Graham and Paul about getting some training and sold it to them that if I was trained in Microsoft, it would be a huge benefit to me and the business.

As things were starting to change (and I was noticing them for a change), instead of asking me to find the course and they would sort it out, they offered to loan me £2500 to pay for the training on the condition that if I left the business, I would have to pay this back (although in the history of SGL, they said they have never implemented this repayment strategy).

I agreed and then booked my training course.

Following my attendance at this course, I achieved the following:

This provided me with the following qualification:

This seemed to trigger the beginning of the end of my career with SGL Carbon.

Graham had continued to become more beligerant and just making me miserable at work and unknown to me, there were things going on in the background to replace me.

While sitting at the terminal of Kerry Faulkner (PA to the managing director) I saw emails pertaining to redundances being discussed for our office. They involved one of the secretaries and one of the accountants.

On a seperate occasion I also discovered details of interviews that were being held at the office (out of hours) to replace me as I.S. Site manager.

I once arrived late back at the office, just as I saw Alan Coggins leaving the building and found out later that he had been brought in to aid in reviewing candidates with regard to replacing me. Alan had resented my resiging from UMS along time ago, and he gave me a grin as we passed on the stairs, which I now know why. His revenge at knowing what was coming my way.

I had learnt alot about how to endure and survive in this environment, but was still inexperienced in how to fight back. After all, its just me against the might of the finance director and his funds and contacts.

This is when I made it easy for them. Through misplaced loyalty, I visited Amanda Parmenter at her home to inform her that I had found out about the redundances and to give her a heads up. At this meeting I found out more about things as she was ideally placed to over hear and find out things, so it felt I had made the right decision.

This lead to giving Graham just what he needed to get rid of me. I did not know, but Amanda had gone straight back to SGL and told them what I had done.

The next day I was suspended from SGL while an investigation was being conducted.

While I was removed from the office, Graham put his plan into place, and employed the services of one of the engineers from Universal Micro Systems to conduct a forensic investigation of my PC, emails etc to try to find anything to throw at me at the upcoming disciplinary meeting.

The next few weeks I resisted alot of pressure put on by Graham to attend a disciplinary meeting by obtaining sick notes from my GP as he was making me very stressed and depressed, and each and every letter he sent was bullying and treatening this and that. Eventually, I only communicated with SGL via my solicitor, and I started looking for a new job. Through my solicitor, I managed to force SGL to reveal information they were going to discuss with me at the disciplinary meeting, which was nothing other than an email here and there and that I had been discussing setting up a company with one of the accountants called Nadim – again, they were only after me for anything, and not to punish anyone else doing the same thing.

I attended interviews and eventually was offered a position as a Senior Customer Support Engineer at Network Disaster Recovery in Birmingham. It was at this stage I resigned from SGL Carbon, but I am happy I did fight Graham and not let him drag me through a disciplinary meeting. He was a real bully in all senses and I hope karma pays him a visit for how he treated me and others who had to endure his presence in the workplace.

As for the “training loan” that they never ask for payment, He chased me for the money, and I eventually agreed to pay them £200 per month until I cleared the debt of £2,500. I was so releaved when the last payment was made and really regretted working for SGL Carbon. BIG MISTAKE.

Things that will stay with me:

I had a meeting with Graham to discuss his behaviour towards me and even though it was (supposed to be) transcribed by Kerry (one of his insiders) he still behaved unprofessionally, and the meeting only made his treatment of me worse after. The thing that I will always remember was when I was pointing out examples of his bad behaviour, he asked me to point a finger at him. So I did as instructed and he said very sarcastically, “take a look at how many fingers are pointing at me”, and I said “one”… he said “how many fingers are pointing at you?”…. I looked and replied “three”. He sat back in his chair with a smug grin. What an arsehole!!!

In terms of positives from this role, I achieved: